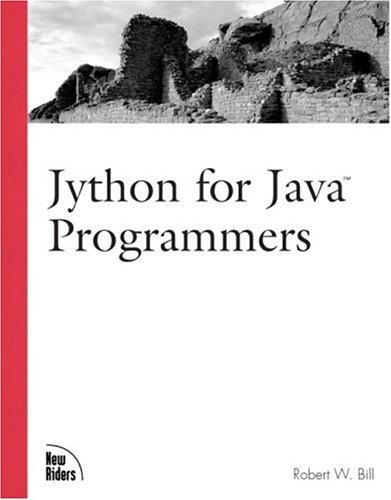 The main programming language is Jython, a clone of Python written in Java. I do a lot more programming in Python than in Ruby -- Jython in my game server, and Python at work, since that's what everyone there uses for scripting. JHepWork - http://jwork.org/jhepwork - a multiplatform data-analysis framework written in Java. A Google code project has been created and we are looking for interested developers. Jython 2.2 implements the internal architecture of Python 2.2 and includes numerous features from Python 2.3. Intended for an experienced Java developer, this book assumes you understand the fundamentals to programming (i.e. He enjoys programming espcially Java/Jython based applications, some of which have been used in scientific research areas for analyzing Next Generation Sequencing data. This worked well for driving the SINFERS API for a while, but that meant that we'd have to depend on later developers knowing Java, Jython, and Jess. Jython for Java Programmers is an indispensable guide for Java developers wishing to accelerate development and increase flexibility using Jython. The following is a very simple sample written in Jython to print out the name of the first virtual machine in inventory. Blender Java is back and the source code is now available. The remainder of the book teaches, through examples, how to use Jython. As a by-product, the vSphere Java API makes Jython programming a lot easier. Jython 2.2 is the first major overhaul of the Jython dynamic scripting language in 4 years. This "for" loop construct is very close to Java's imperative style of programming. Loop statements, if.then, etc.).